The story of refugees evacuated to the US from Saigon in the final days of the Vietnam War, The Sympathizer is relentlessly grim stuff. Many reviews tried to make the case that it was a hilarious satire, but obviously I disagree. Pervasive cynicism wrapped up in a pretty thin plot wasn't at all what I was looking for. 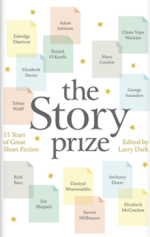 The Story Prize is an annual award given to a single authors' collection of short stories, selected from 3 finalists. A couple of years ago they put together this anthology, which has a story from each of the first fourteen winners.

So this (along with the next entry) was an obvious pick for me, as an easy way to discover the work of a range of new authors. Not surprisingly I didn't like all the stories, but there were a couple of gems and several others that were good enough to investigate further.

I found that I liked the longer ones better; the problem with a single very short story (10-15 pages) is that, in isolation, this can't be enough to make an informed decision regarding reading the collection from which it was taken.

But some of the stories here are excellent, and I ended up with half a dozen new collections on my ever-growing to-read list. Recommended. The tales collected in the O'Henry Prize Stories, unsurprisingly, work much more consistently well as standalone stories. The prize has been running now for 100 years; each year 20 individual stories judged the best out of hundreds published in a variety of literary and general interest magazines are recognized, and included in a collection.

As they are all written as isolated works rather than as part of a collection, I never felt like I might not be seeing the whole picture; a much bigger hit ratio makes these annual collections easy recommendations. Great value.